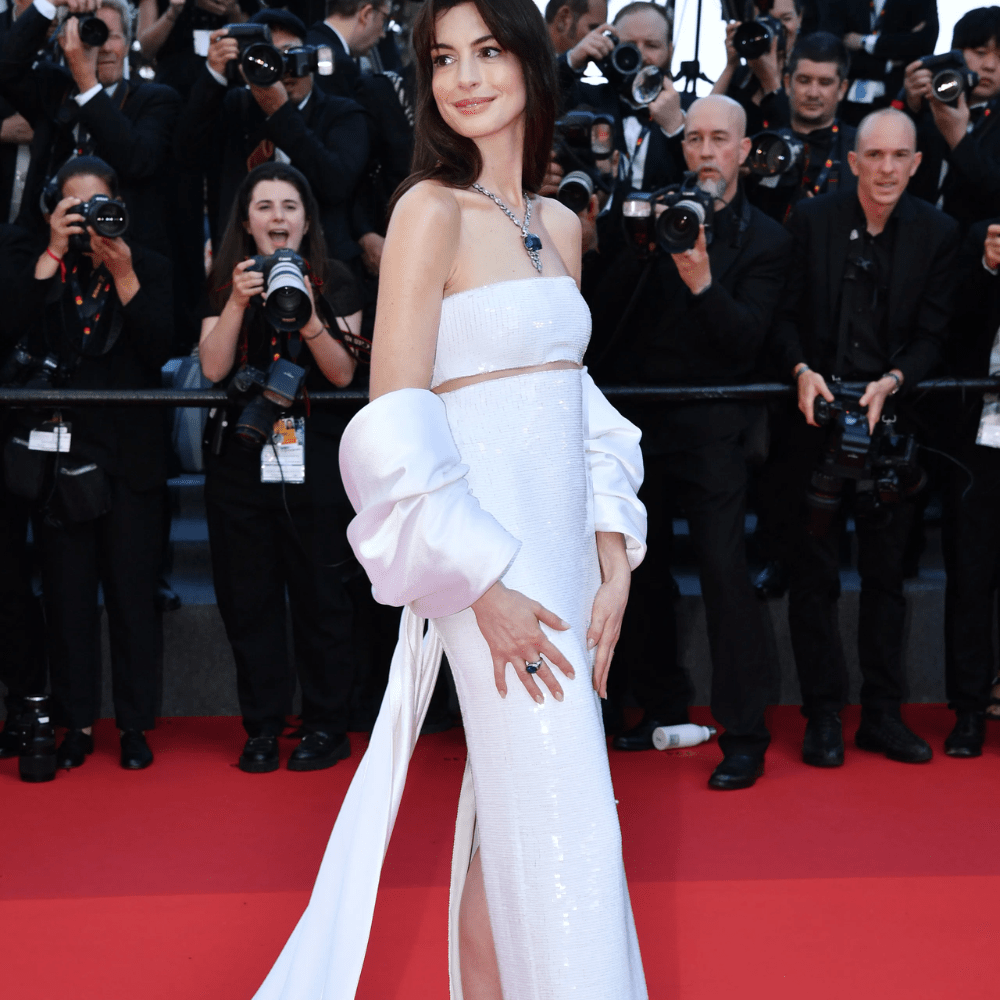 Anne Hathway 2022 looks are turning heads. The actress has always been known most for her iconic roles like Mia in The Princess Diaries, and much less her fashion style. The Oscar-winning actress has never been on the radar of the fashion police nor made bold, out-of-the-box choices until the Cannes Film Festival of 2022, where she stunned everybody by ditching her casual soft color palette in romantic silhouettes for a bolder look.

Anne Hathway is known for sticking to a tried and tested, girl-next-door look that has never done her wrong. But, recently, she decided to switch up her style and stepped out in five jaw-dropping dresses that turned the heads of all the fashionistas. Each dress was more enigmatic than the next. The first in the series was a custom Armani Privé white column skirt with a bandeau crop top. It was accessorized with a Bvlgari necklace. 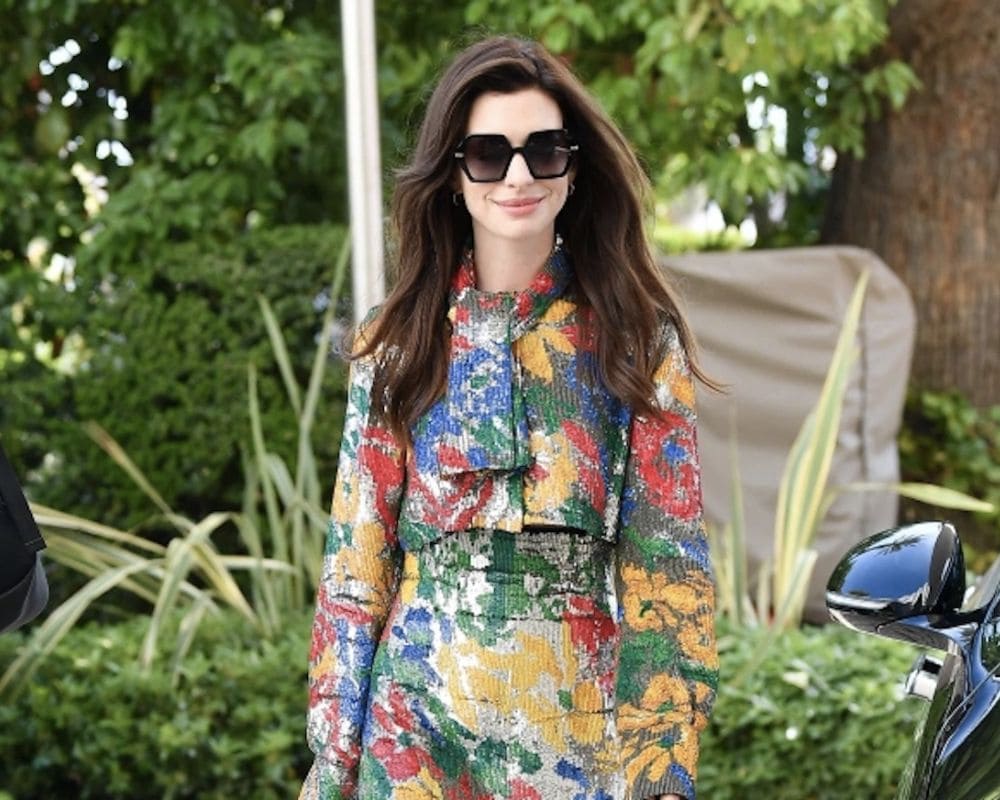 The actress looked chic and elegant even hours before the red carpet. She grabbed the media’s attention by wearing a rainbow look from Schiaparelli’s spring 2022 collection. After the white column skirt at the Cannes Film Festival, she pulled off a retro Gucci girl look in a blue mini dress with cool shades. Next, she changed into the colorful Schiaparelli pantsuit followed by a shirtdress by Louis Vuitton. All these dresses were topped off by the last look of a hot pink gown by Valentino at the end of the festival.

The Feminine Fashion of Hathway

Anne Hathaway’s image was cemented when she came to fame in her early years for her role as Princess Mia in The Princess Diaries. Since then she has gone on to have famous roles like in The Intern, One Day, and Les Miserable, for which she won an Oscar. However, the actress never fully explored her fashion choices after being targeted by the netizens for her chic and poised demeanor. She further leaned into this image by wearing feminine suits, soft colors, and ethereal fabrics. Only recently, the actress broke free of the girl-next-door image and started experimenting with her fashion choices. 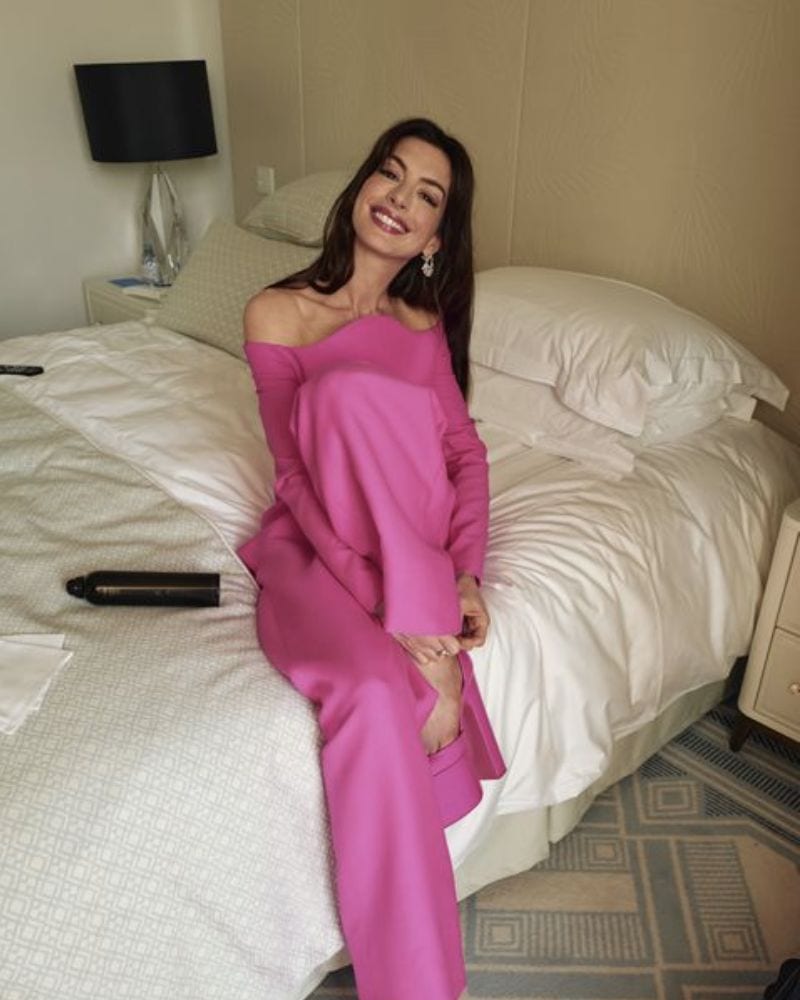 The evolution of Anne Hathway is one to be adored. The image of her feminine yet bold looks are inspiring fashionistas all around. Her beautiful smile and charming personality win the hearts of people. If you’re looking to embody the new Hathaway style, incorporate bold pastel colors as well as neutrals in your wardrobe. Pantsuits and bold dresses look fabulous even with soft features.

Spring Shoe Trends That Are About To Be Everywhere

Fashion trends come and go, but our love for shoes is eternal. That’s why we like to keep our shoe ...

Finally! Heels You Can Wear Comfortably All Day

Ladies, we all know that pain and agony. You go to the store to shop for shoes. You find an ...

Are Padlocks The New Shells?

If you’re the kind of person that loves to keep up with all of the ins and outs of the fashion ...