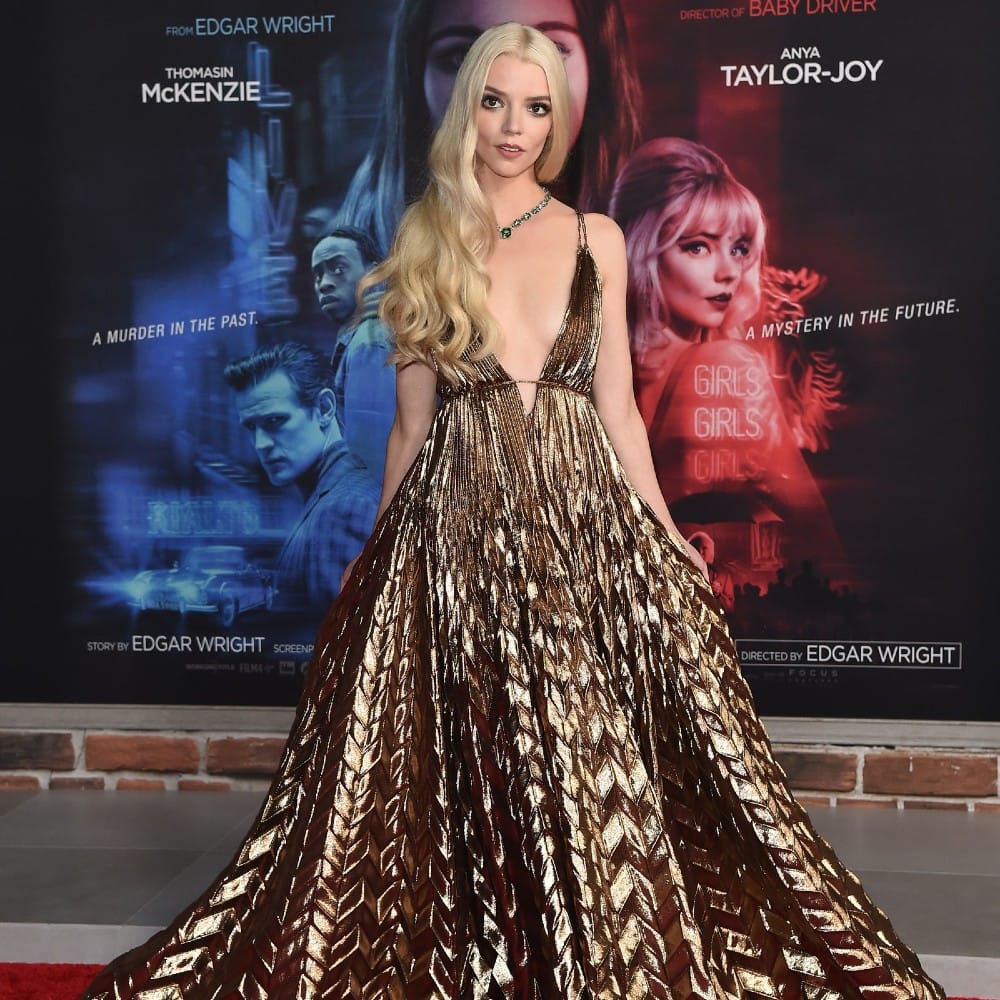 Actress Anya Taylor-Joy simply stunned the onlookers with her gorgeous gown at the Los Angeles premiere of her latest movie Last Night in Soho. The 25 years old young and talented actress has opted for a shimmery glittery look, and it didn’t disappoint at all!

For the premiere, Anya Taylor-Joy chose a floor-kissing metallic gold gown with a bold plunging neckline. The blonde beauty styled her waist-length golden locks in loose waves, gently falling down one of her shoulders. She paired the dress with a stone-studded emerald green necklace. The unusual choice paid well by adding the bling of color! Nude lips and smoky eyes completed her red carpet look. Her entire appearance was undeniably chic, with bold and shimmery styling perfectly blended with traditional elegance. 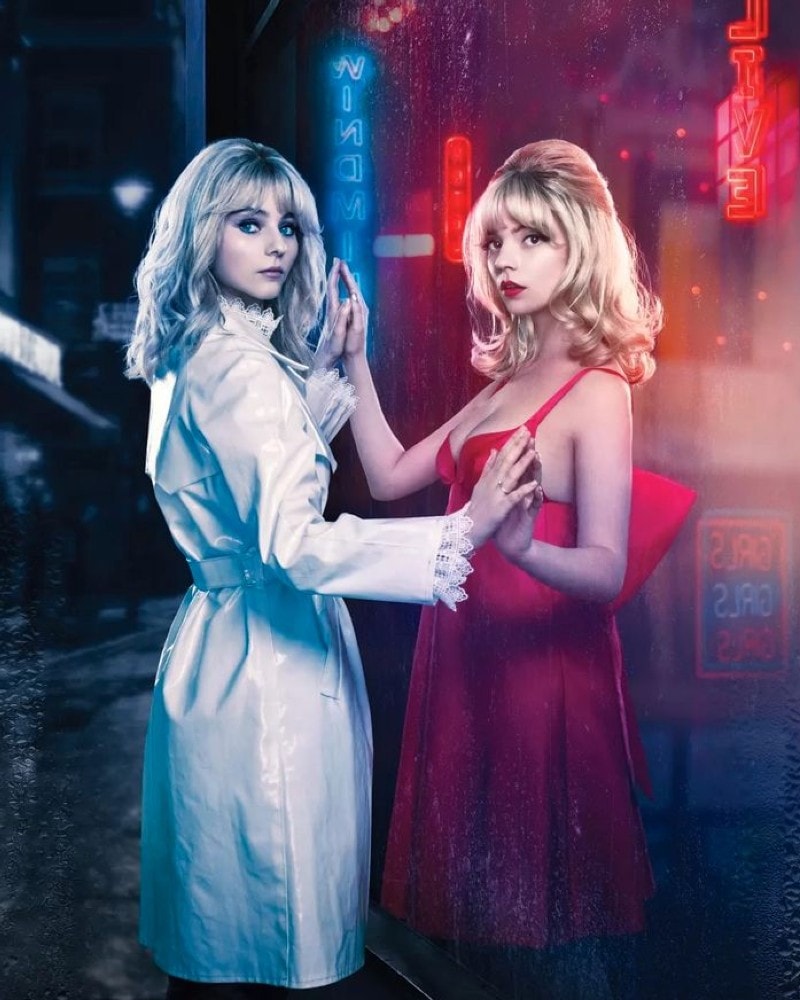 Last Night in Soho was released on last 29th October. The movie is a psychological thriller, directed by much-admired director Edgar Wright. The plot centers around Eloise (played by Thomasin McKenzie), an aspiring fashion designer, and her mysterious journey back to the 1960s, where she met a dazzling budding singer Sandie (played by Taylor-Joy). As the story develops, more sinister twists unravel behind the glitz and glamour, and the golden dreams of the past start to collapse into something far darker. The film also has an elaborate cast of Matt Smith, Synnove Karlsen, Jessie Mei Li, and the Harry Potter famed twins James and Oliver Phelps, among others. This is also the posthumous release and last work of actress Margaret Nolan.

The planning behind the film was actually ongoing for years, starting from the first time Anya Taylor-Joy met Edgar Wright just after The Witch in 2015, which marked the film debut of the actress. Wright first cast Taylor-Joy in the role of Eloise, but later they both decided to go for the more audacious character of Sandie.

Hair health is not an issue to overlook. Shiny, healthy, luscious-looking hair like the advertising ...

Understanding Which Necklines Flatter Which Shapes

Knowing how to dress for your body shape will make such a big difference in how you look - and ...

Alt Models Who Are Breaking Down All The Festival Stereotypes

Over the years, models have been called into question for their appearance and their impact on the ...