All eyes may be on her sister-in-law, Meghan Markle, while she embarks on her Australian tour following her pregnancy announcement, but Kate took center stage once again when she dazzled in this Alexander McQueen gown. Kate Middleton joined Prince William, Prince Charles, and Her Majesty the Queen for a state dinner at Buckingham Palace where they were welcoming King Willem-Alexander and Queen Maxima of the Netherlands this week. 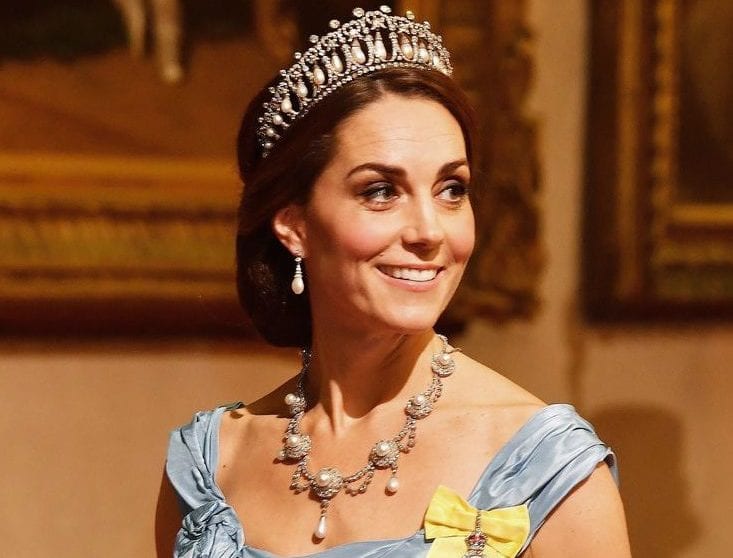 The Duchess of Cambridge had all eyes on her when she wore this Sarah Burton for McQueen dress for the occasion, resembling a classic Disney princess gown. The fitted, ruched bodice and shimmering silver McQueen number was a real showstopper for the Duchess, but certainly unexpected. While Kate never fails to impress with her outfits, she is used to showing off a demure and classic style. This Disney style inspired dress marked a new direction for Kate and her personal style, and it certainly got everyone’s attention. Moreover, she paired her look with all jewels borrowed from the Queen. 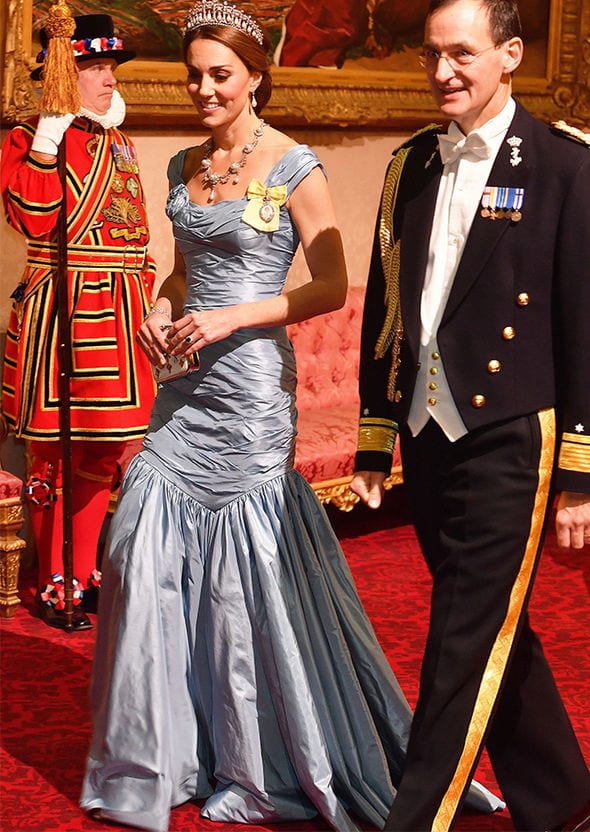 The Lover’s Knot tiara was certainly stunning and seen before when she wore it to a state dinner in July 2017, as well as Queen Alexandra’s wedding necklace. The pearl and diamond drop necklace was first created in 1860 by Garrard and both Queen Elizabeth II and Her Majesty Queen Elizabeth The Queen Mother have worn it before. Kate finished her look with the Middleton’s Royal Family Order brooch which is made out of glass rather than ivory. 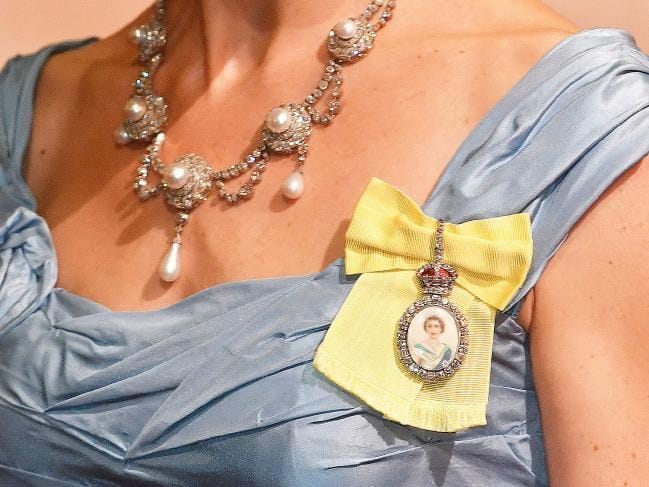 Kate Middleton has had more excitement this week after her sister, Pippa, welcomed her first child, making it Kate and William’s first nephew. This came after the news broke that Prince Harry and Meghan Markle were expecting their first child, meaning Kate and Prince William will be expecting the arrival of their new niece or nephew in the upcoming Spring.

The Purse Trends That Every Fashion Lover Should Follow in 2020

What’s the thing that we all need both for functionality and fashion reasons? Exactly, purses! They ...

How Luxury Brands Are Using Instagram To Win Over Millennials

Instagram's heavy influence on everything from food to fashion, to holiday destinations and travel, ...