Fashion has a new face, and it looks like drag. In New York this past September, Opening Ceremony featured drag performers on its runway and it was a huge hit. The show saw many waist-whittling corsets, and that was just the beginning.

Now drag has arrived in the tiny Eastern European country of Georgia where, earlier this month, drag was seen on the runway at Fashion Week in Tbilisi. Akà Prodiàshvili, a 23-year-old rising fashion designer, presented a flamboyant collection that made drag a thing in Georgia. 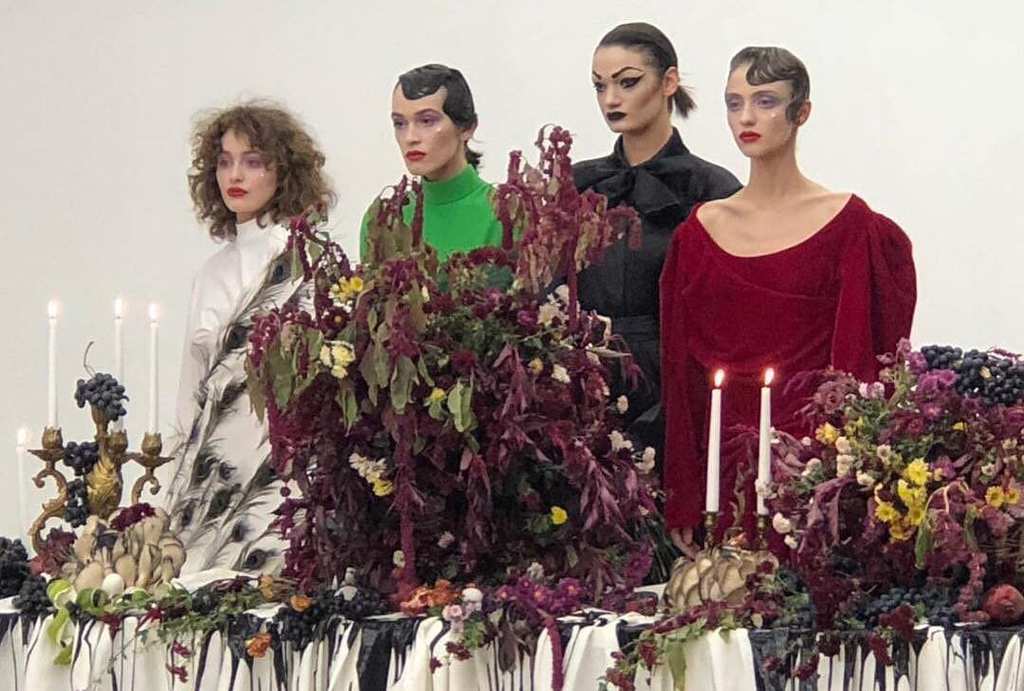 Prodiàshvili revealed, “I love Sasha Velour and Violet Chachki.” He continued, “I love their energy, taste, style, and the way they express themselves. They can tell everyone’s story, especially those who do not dare to show how they really want to be.” The designer said he first started watching RuPaul’s Drag Race about two years ago and became a fan from then on.

The show inspired his own. This was made evident when one male model wearing long Cruella de Vil–style gloves and a Dalmatian-spotted turtleneck sweater walked out holding a lace-trimmed violet parasol aloft, while another rocked a tightly cinched green leopard-print suit with flares. 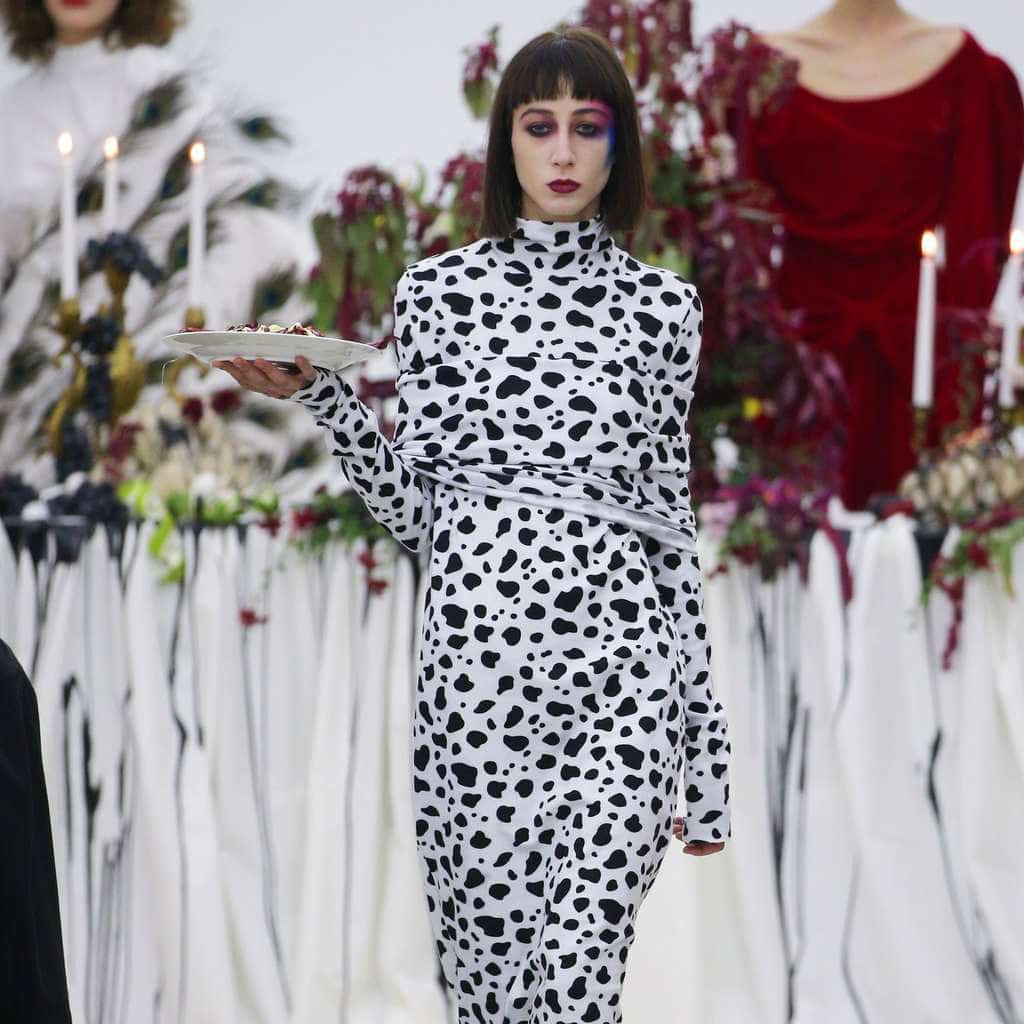 As well as the U.S. show, Prodiàshvili is inspired mostly by the LGBTQI community closer to home. His mammoth black silk dress with sweeping bell sleeves is clearly designed with the Tbilisi’s gay and queer scene in mind. His extravagant looks have attracted international attention as Arca, the cult electronic artist, recently wore one of his black dominatrix-style latex bodysuits. 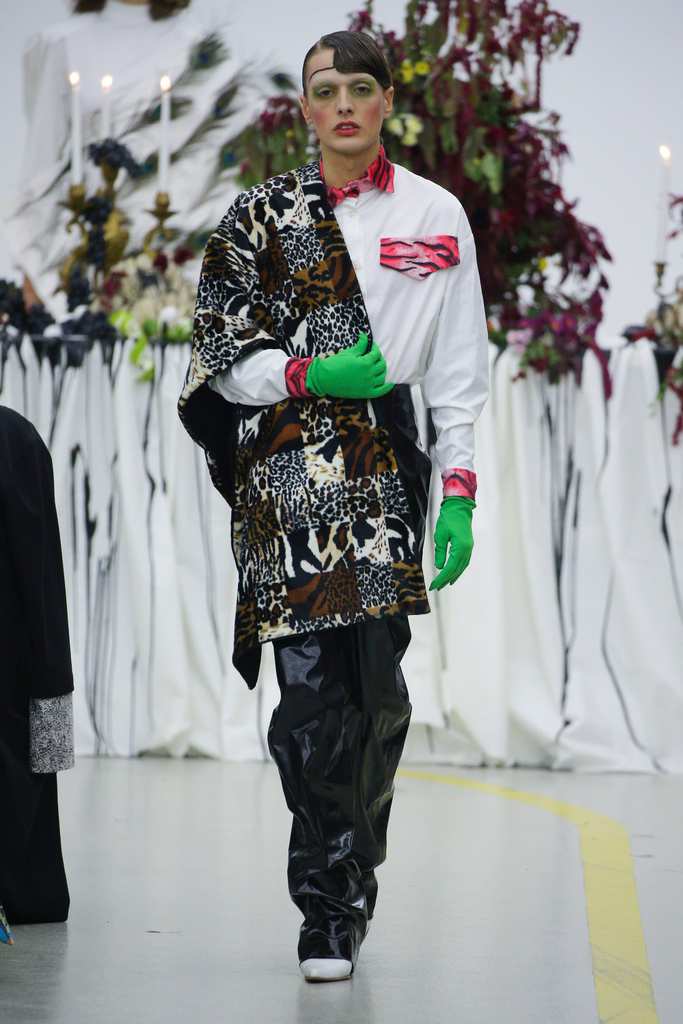 The young designer has more to his provocative fashion than just tight bodysuits and Cruella gloves, he also has a political message to portray. Though Georgia is one of the few countries of the former Soviet Union to prohibit discrimination against LGBTQI people, right-wing attitudes do still linger and Tbilisi can be a hostile place for members of this community. 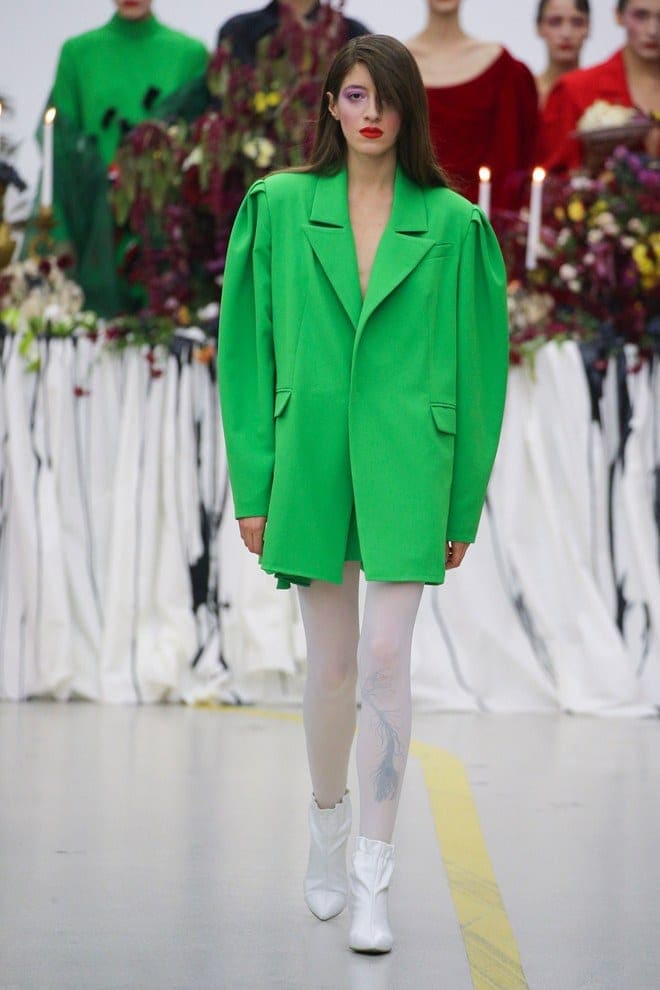 Prodiàshvili has experienced this hostility firsthand. He considers both his designs and growing success a way of showing his resistance to the hate. He says, “I transform this pain into energy, work, and protest, not only for myself, but for others as well.”

Kendall Jenner Can’t Get Enough of This Chic ‘Grandpa’ Outfit

No matter how full your wardrobe gets, you probably have a habit of reaching out for the same pair ...

Belly Button Rings Are Making a Huge Comeback, but Not Without the Doubt of Millennials

The once hysteric trend of belly button ring piercing is back with a bang! Pictures and articles ...