When one considers fashion as art, spoken word is rarely the medium one considers melding the best with fashion. Yrsa Daley-Ward is working to change that in conjunction with Club Monaco, where she helped launch the t-shirt line she inspired with a private reading from one of her poetry collections. Lines from several of her pieces were chosen to adorn simple white t-shirts, in part as a promotion for the release of her most recent publication. Lest you think the concept is mundane, consider that each line is being hand embroidered, making the collection extremely limited. 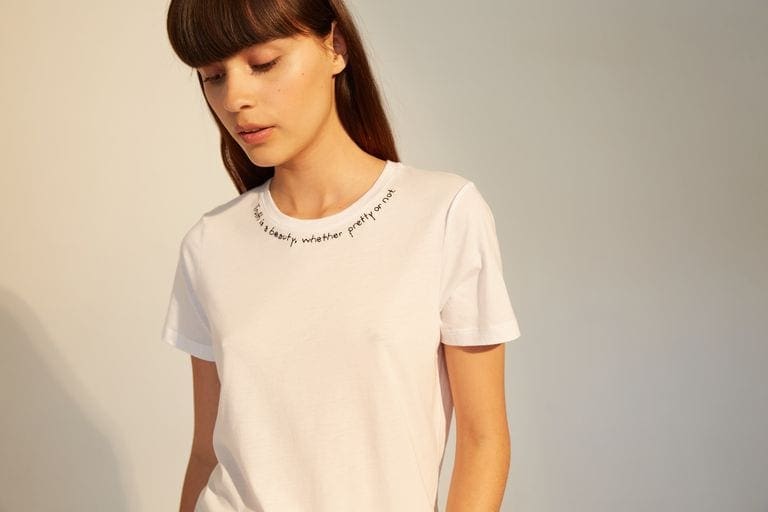 Only 100 t-shirts total are planned for the collection, which brings new meaning to the lyrical lines created in Daley-Ward’s bone. Chantal Strasburger, who heads up the brand Read Receipts, known for its simple text embroidery, is doing the grunt work on the t-shirts. For those interested, there will be three separate designs, one which places a line on the sleeve, one in which understated script rings the collar, and a third which sees the poetry placed just over the heart. 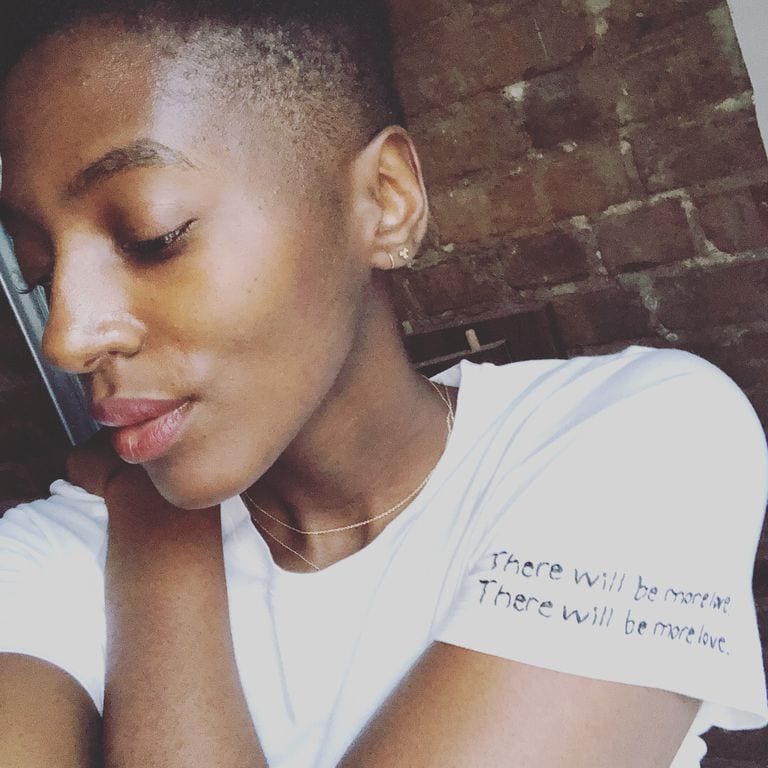 In discussing the process of which lines she chose to include on the t-shirts, Daley-Ward knew that she wanted to choose pieces of text that would speak volumes to multitudes of people, while also becoming mantras they can use for their own empowerment in the process. She explained to Elle.com just why she was so interested in seeing her writing take its place in the pantheon of apparel.

“The landscape of poetry is changing,” she said. “We’re seeing it pop up in so many different mediums, [in] music videos, on garments, on clothes, on billboards, on TV, on adverts… I think we’re experiencing a poetry renaissance where words are cool and sexy again. I think it’s really lovely and fitting it’s on the shirt.”

Gucci has recently found itself in the spotlight (again) – but not for its latest runway hits. ...

Everything You Need to Know to Rock the White Sneaker Trend

Shoe trends come and go, but there’s no doubt about the fact that white sneakers will never go out ...

Fill Your Fall Work Wardrobe With These Staple Items

Fall is a strange season. In the mornings, you’re freezing cold as you clutch a PSL in your gloved ...